Ultimate Pokerstars Review - Why Should You Play at Pokerstars?

Pokerstars is still the market leader amongst poker sites with the biggest guarantees, hugest poker series, and the most traffic. Not to mention their incredible variety of games running round the clock. Let's dive deeper with our Pokerstars Review. 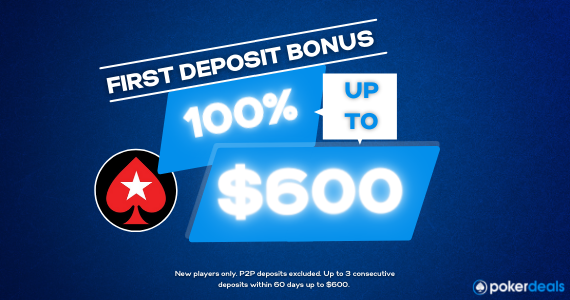 The action might not be quite as soft at the higher stakes on Stars, but what it lacks in softness it makes up for with an amazing schedule of tournaments, as well as a great variety of cash games, spins and many other formats. The software is also second-to-none in functionality and reliability, and yes, of course, there’s a mobile version.

Offering a healthy 100% first deposit bonus up to $600, Stars also offers some rakeback (the amount of which varies and is being redesigned as we speak), as well as frequently updated incentives and freebies for its players.

How do I sign up to Pokerstars and get the best starting bonus?

Signing up as a new player takes just a few moments, simply follow the steps below.

What games are available on Pokerstars?

Pokerstars also boasts an online casino and sportsbook for those who like to jump into into those less EV forms of play.

What promotions does Pokerstars offer?

Pokerstars offer all kinds of fun extras and time-sensitive incentives along with their various special events and series, and it’s always worth checking in the promotions section for what’s happening next, as it can change at a rapid pace at the biggest site in the world!

What is the rake on Pokerstars?

Rake for cash games varies by game and stake on Pokerstars and the cap ranges but is usually between $2 and $3.

Can I play on Pokerstars from my country?

How can I find out more about Pokerstars?

Pokerstars’ software has long been regarded as the gold standard amongst poker sites, which is not to say they never have their issues. As with any major site they are sometimes the target of malicious attacks and have had server outages, but these are few and far between, and they are an extremely secure and safe place to play poker.

The interface is slick and with about a million ways to customize your gaming experience. Amongst the expected features are throwables at the tables, a four-colour deck, a built-in hotkeys service, a bet slider, sound effects which can be customized, and a range of table skins. 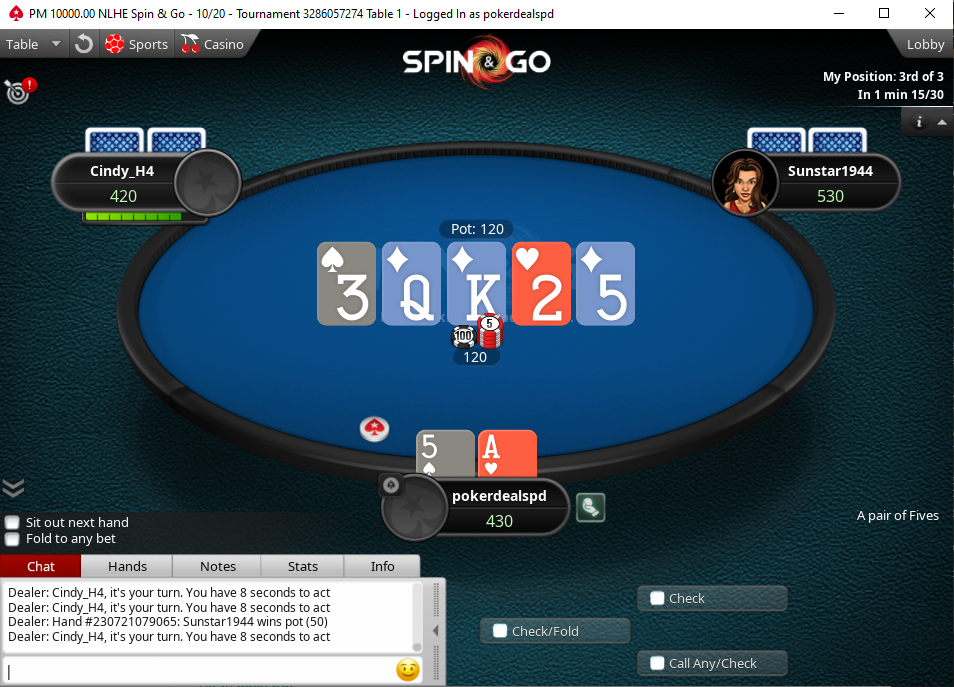 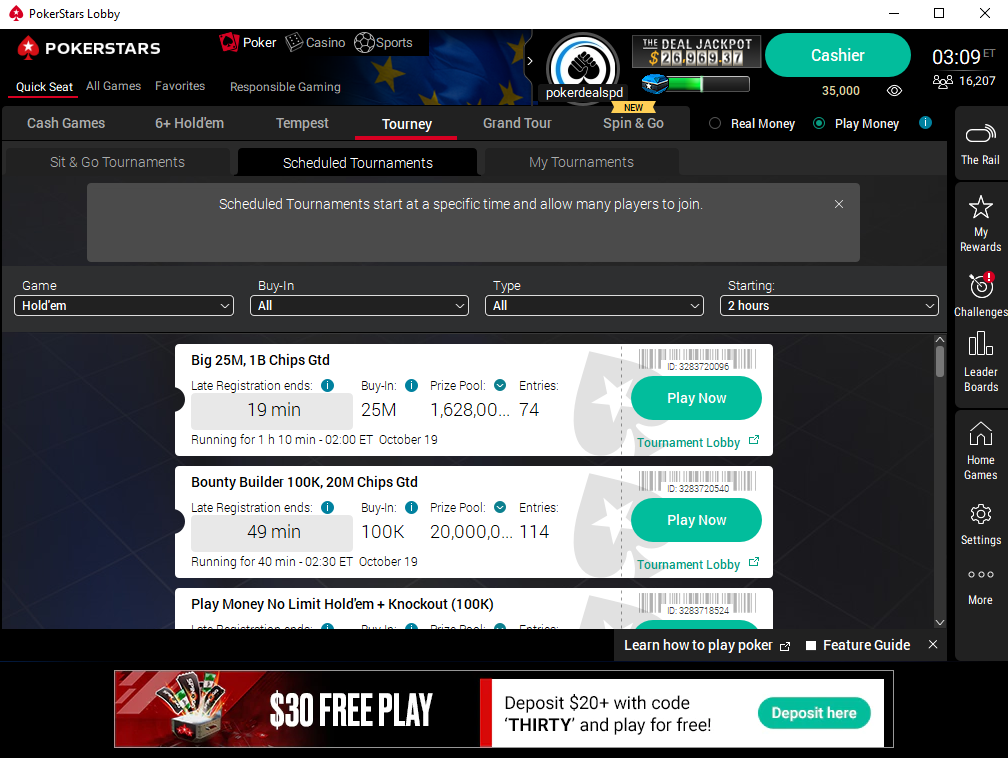 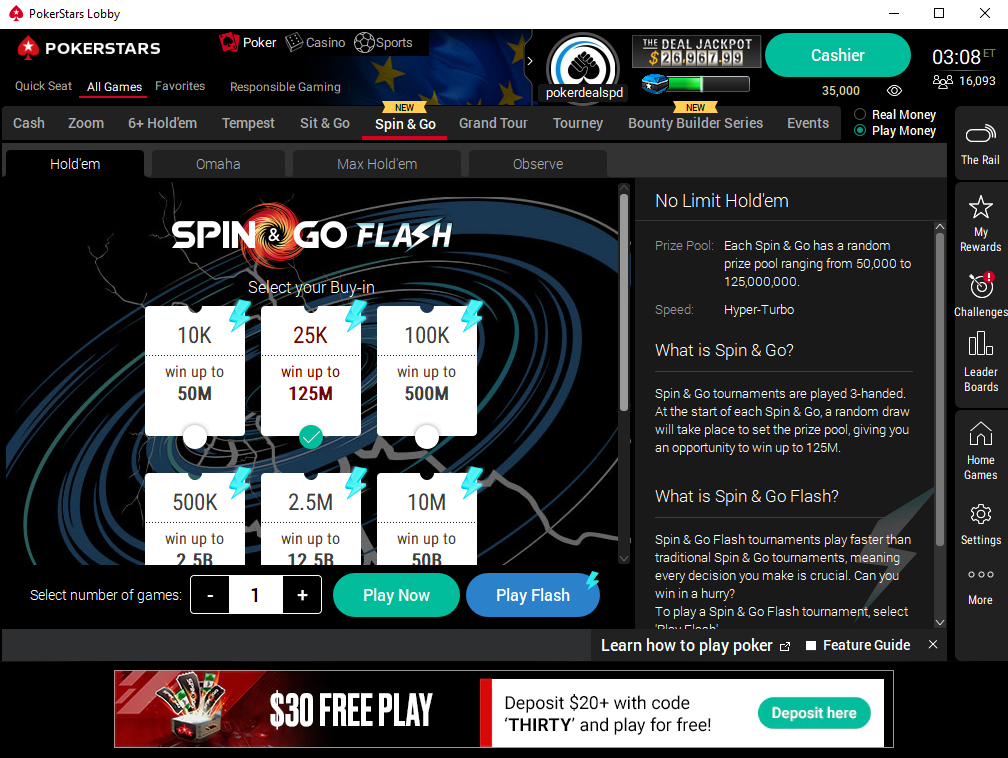 What is it like to grind multiple poker tables on Pokerstars?

Pokerstars recently took the interesting step of limiting play at a given cash stake to four tables maximum, although you can have four zoom and four non-zoom tables of the same stake. This step was taken to protect the cash game ecosystem and encourage recreational players to feel comfortable, which it has achieved, making the cash games somewhat softer (especially non-zoom).

Multi-tabling on Stars is a smooth and reliable experience, free of glitches. The interface is just so reliable that many regulars on the site have in the past been anxious to expand their roster of sites by adding in others, and we encourage you to do so by selecting from the great range of sites with whom we offer deals!

How is the traffic on Pokerstars?

Traffic is just never a problem on stars, there’s just so much of it. You’ll find a game at your stakes whatever the time of day or night.

Pokerstars runs games of literally every stake imaginable, and there’s a ton of action for all bankrolls. Their MTT schedule also includes a great range of formats, including the very popular progressive knockouts which feature heavily in the schedule. There are always lesser-known formats on offer too, such as timed events, phase events (where there are multiple day 1s), and they also run a great line in satellites (which are pretty soft, too!). Why not sign up today and take a look? For those dipping their toes in the water, there are freerolls and micro-stakes MTTs aplenty too.

Which sponsored pros play for Pokerstars?

Pokerstars has a lot of very well-known pros playing for them, including some big streamers and online presences such as the popular Lex Veldhuis, Ramon Colillas, Sam Grafton and Jennifer Shahade.

Can you use a poker HUD on Pokerstars?

You can absolutely use a HUD on Pokerstars, it is fully permitted to do so, and the top options such as Pokertracker 4 or Holdem Manager 3 will serve you perfectly well in this endeavour.

Are my funds safe on Pokerstars?

Your funds are pretty much as safe on Stars as they are in the bank, they’re a fully regulated and huge poker enterprise with a long history of good behaviour with players’ funds.

Can I play for free on Pokerstars? What is the minimum deposit?

The minimum deposit on Stars is only $10, and of course, there are also play money games available. They also offer a home games service, where anyone can start their own play money club and invite friends to join and participate. That’s pretty awesome.

Pokerstars is available for a wide range of devices and platforms, and yes it’s also available to play on a Mac, so get to it!

What else do I need to know about Pokerstars?

Pokerstars are still the biggest and the best out there, and if you’re looking for huge and constant action, they are a great choice. It’s just very comforting to play knowing that you’re on one of the best sites ever created for online poker, and if you’re into your tournaments you might get a little over-excited looking at that action-packed schedule, especially during series time! They play host to some of the biggest poker series in the world, namely the legendary Spring Championship (SCOOP) and World Championship (WCOOP) of Online Poker. Step up to it and play today!

Sign up today to get started, and good luck at the felt!