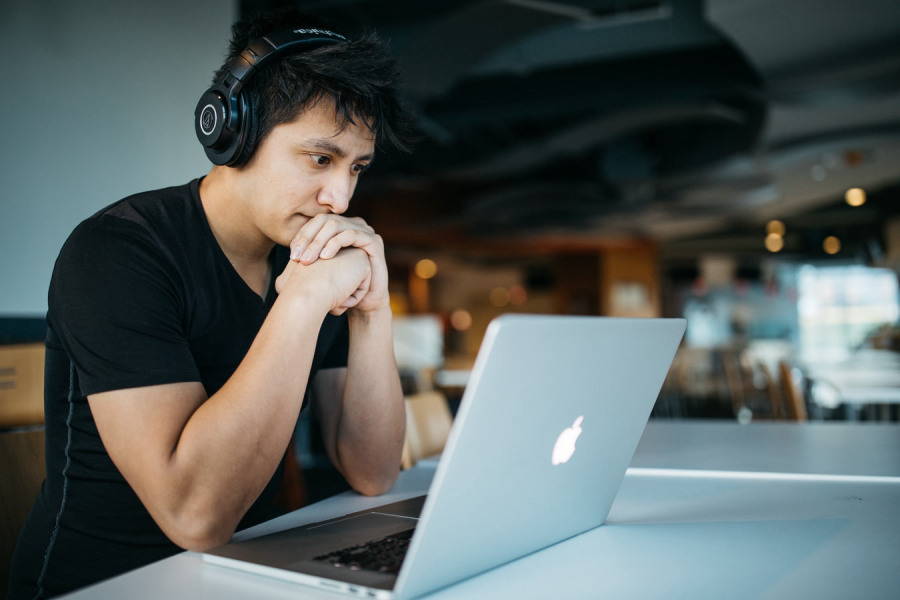 You don’t have to step out of your door to find poker action these days, and there’s a wider variety of games running out there today than there have ever been before.

It can take a while to find your spot in the poker ecosystem, and it can also be tempting to try out too many formats at once, in which case you’ll wind up learning a little about a lot and being unable to excel in anything. This is a good recipe for standing still and failing to progress in your game. It’s fine to get a taste of a few formats, and check stuff out, but don’t get stuck trying to study and progress seriously in several poker forms at once. It just won’t end well.

We recommend reading the following guide to poker formats and stakes, and also potentially reading over our guide to bankroll management, as well as our guides to individual poker sites. It’s also a good idea to check out and sit some orbits of play for a variety of poker formats at the beginning. Once you’ve got a feel and a sense of which format you’d like to study and try to excel in, pick one and go deep with it.

We’ll consider some of the pros and cons of grinding the main available game types and formats below, and there sure are a lot to choose from! We’ll divide this discussion into a series of articles; Game Types (for example No Limit Hold’em, Pot Limit Omaha), Poker Formats (for example MTT Freezeouts, MTT Progressive Knockouts, Spin & Gos, regular cash games, zoom cash games), and Poker Stakes (looking briefly at the toughness across a range of sites for different stakes in different formats).

Far and away still the most popular game type of all time and of the modern game, stands No Limit Texas Hold’em, the behemoth of poker forms. With no limit to the raise size permitted on any street, stacks can get all-in at any moment.

Ironically largely banned in its home state of Texas, US, NL Hold’em has dominated poker across much of the world for effectively all of the time poker has been a major pastime in the States.

Each player is dealt two private hole cards before the board is dealt, and there is a round of betting. Your best five card hand is constructed using the board cards which come down amidst three rounds of betting on the flop (3 cards), turn (1 card) and river (1 final card).

You can play so many formats of NL Hold’em it’s bewildering, and there’s far more volume of play of this format both live and online than any other. We’ll look into all the most common forms below.

There are many other variants of Hold’em, such as Fixed Limit, which used to have greater popularity especially live, and newer emergent variants, such as NL 6+, a game in which some of the usual cards in the deck are removed such that odd effects occur, such as full houses becoming more common than flushes.

Far and away the most popular game type other than NL Hold’em, funnily enough Pot Limit Omaha is also banned across Omaha in the majority of cases.

PLO is an even more frenetic game of betting than NLHE, even though in practice pots are capped due to the pot limit restriction on betting. This is because there are so many outs and hands to hit in Omaha, as we are dealt not two hole cards but four. Still we are restricted to using a maximum of two of our four hole cards to build our five card hand, which must therefore utilise three of the board cards. Other than these key differences, play proceeds just as in NLHE.

The upshot of all of this is that equities run very close and therefore variance is higher in PLO than in NLHE, but bad players tend to make bigger and more aggressive mistakes.

There are many other forms of Omaha including Hi-Lo, a format where half the pot is awarded to the best hand and half the pot to the worst hand, and you can use any two of your four hole cards to make either hand type, thus sometimes holding the best high and low, and scooping the pot. There is also a format with five hole cards dealt, PLO5.

If you ever decide you really want to peek under the hood of poker, there are a lot of fascinating game formats within 8-game, which spreads regularly on Pokerstars. Here you’ll find No Limit and Fixed Limit Hold’em, PLO and Omaha Hi-Lo, as well as Razz (a low card wins format), Triple Draw 2-7 (a super-fun lowball draw game) and 7 Card Stud and Stud Hi-Lo. That’s a load of poker rules to dive into! There are sometimes 8-game tournaments as well.

Another popular format on some of the apps is Open-Face Chinese, which is too diverged from the above formats to do justice here, but is essentially a very complex, but solvable game of rearranging made hands into different sets in a game where you hold a huge number of cards each.

We hope you’ve enjoyed this little tour of the most common poker types!

The autumn edition of the Malta Poker Festival ended on a high note with two fantastic players taking home some big prizes. Mirko Mostaccio was crowned the Grand Event winner , walking away with €136,670. In the CasinoCoin High Roller event , Gabriele Re bagged the win taking home €40,000. It was a fantastic tournament from start to finish, making it an event that poker players will definitely put in their calendars going forward. We caught up with the winners and got some insight into what they thought of the tournament, and what we can expect from them in the future. Mirko Mostaccio heads to Vegas The winner of the grand event at the Malta Poker Festival has big plans for his poker career. We had a chat with him to see how he felt after his big win. [PD] What did you like the most about the MPF, besides winning, of course? [MM] Besides the victory, I liked the whole organization of the tournament. Meeting old friends that I haven't seen for ages was also great. [PD] In your opinion what were the main factors that contributed to you winning the event? [MM] Just like in any live tournament, there are many factors that have to be intertwined, certainly a fundamental one was to study a lot before leaving for Malta. Then you put in 14 years of experience and a bit of luck. [PD] What does the win mean to you? How did it feel? [MM] The victory in this live tournament means a lot to me, given that I had always won large sums online but never had I managed to win such a large sum in a live event. [PD] What will you do with the money? [MM] I will certainly use a good part of it to continue playing, the rest I will dedicate to my family. [PD] Are you looking forward to your WPT experience? [MM] Yes, I can't wait! it will be my first time in Vegas, a dream come true. [PD] What's next for you? [MM] The next step is playing the WSOP this summer. Gabriele Re hunts for another trophy The winner of the CasinoCoin high roller event took home a hefty sum, and his first live event trophy. Here are some of his thoughts on his Malta Poker Fest journey. [PD] What did you like the most about the High Roller, besides winning, of course? [GR] If I'm honest, I didn't love the atmosphere of this event because I was late reg, and only started on day 2, but I liked the carelessness of the players. There was not too much stress in the High Roller, and all the players were more friendly. [PD] In your opinion what were the main factors that contributed to you winning the event? [GR] I think to win this tournament, I ran very well. I didn't play many showdowns preflop but the key hand was against YohViral where I check/jammed the river with a bluff (I turned 3rd pair in the bluff), and he called my bluff with the worst hand 🙈 [PD] What does the win mean to you? How did it feel? [GR] This win doesn't change anything in my life or my routine, but it's important because it's my first live win with a trophy 🏆🙃 so I'm really happy to have conquered it! [PD] What will you do with the money? [GR] I will not do anything in particular, just bankroll my poker journey and my life. [PD] What's next for you? [GR] I'm going to Rozvadov to play the Main Event of the WSOPE so I'm hunting for another trophy 💪🏻 Wishing these two amazing players all the best for their upcoming trips, Mirko to Vegas and Gabriel to Czech Republic. We hope to see them walk away with more titles under their belts! From the solid performances and great play, we can only expect great things from these two in the future. Good luck!

Gabriele Re is the CasinoCoin High Roller Winner

In what turned out to be an impressive field of 150 players (with re-entries), the CasinoCoin Cup High Roller finally crowned a winner in the early hours of Tuesday morning. Gabriele Re beat his heads-up opponent Renato Messina to lock up his first prize of €40,000. CasinoCoin High Roller winner, Gabriele Re Final Table at the Malta Poker Festival CasinoCoin High Roller Event The final table of the CasinoCoin High Roller event at the Malta Poker Festival It was a cracker of a final table with some well-known poker faces gracing the table. Johan Guilbert, better known as YoH ViraL is a Malta resident, and no stranger to the final table of big events. Re held it together, though, taking home the grand prize, as well as a trophy for his efforts. The prizes were as follows: Place Name Prize # 1 GABRIELE RE 40,000.00 # 2 RENATO MESSINA 26,000.00 # 3 JOHAN GUILBERT 18,000.00 # 4 KOENMEUTSTEGE 13,000.00 # 5 ANGELO VIETTI 9,100.00 # 6 EDVALDAS SKYRIUS 7,100.00 # 7 THOMAS LANGELAND 5,400.00 # 8 YOSSEF IFERGAN 4,500.00 # 9 CHRISTOPHER CALVERT 4,000.00 Renato Messina: Second Place YoH ViraL: Third Place Casino Coin Bounties Along with the amazing high roller prize money, players also had the opportunity to win 1 million CasinoCoin (CSC). CasinoCoin is a digital currency, developed specifically for the regulated gaming industry. Five players had big red casino coin stickers and carried bounties of 1 million CSC. It added an extra something tasty to the already prestigious tournament, giving players the chance to bag a little extra. All bounty players were eliminated on day one. Well done to all the players who took part in this awesome event. Let's hope the next Malta Poker Festival high roller attracts even more players for even juicier prizes! We'll see you at the tables, until next time.