The Final Table in the 2022 WSOP Main Event

Meet the Final Table of the 2022 WSOP Main Event

It’s been an exciting week of play at the 2022 WSOP Main Event seeing big names walking away empty-handed, as well as relative newcomers cashing big. The final table has been announced with the top ten players heading into day 8 after a massive field of 8,653 other hopefuls have been eliminated. The players will get a day’s break to prepare for the battle of the biggest title in poker. 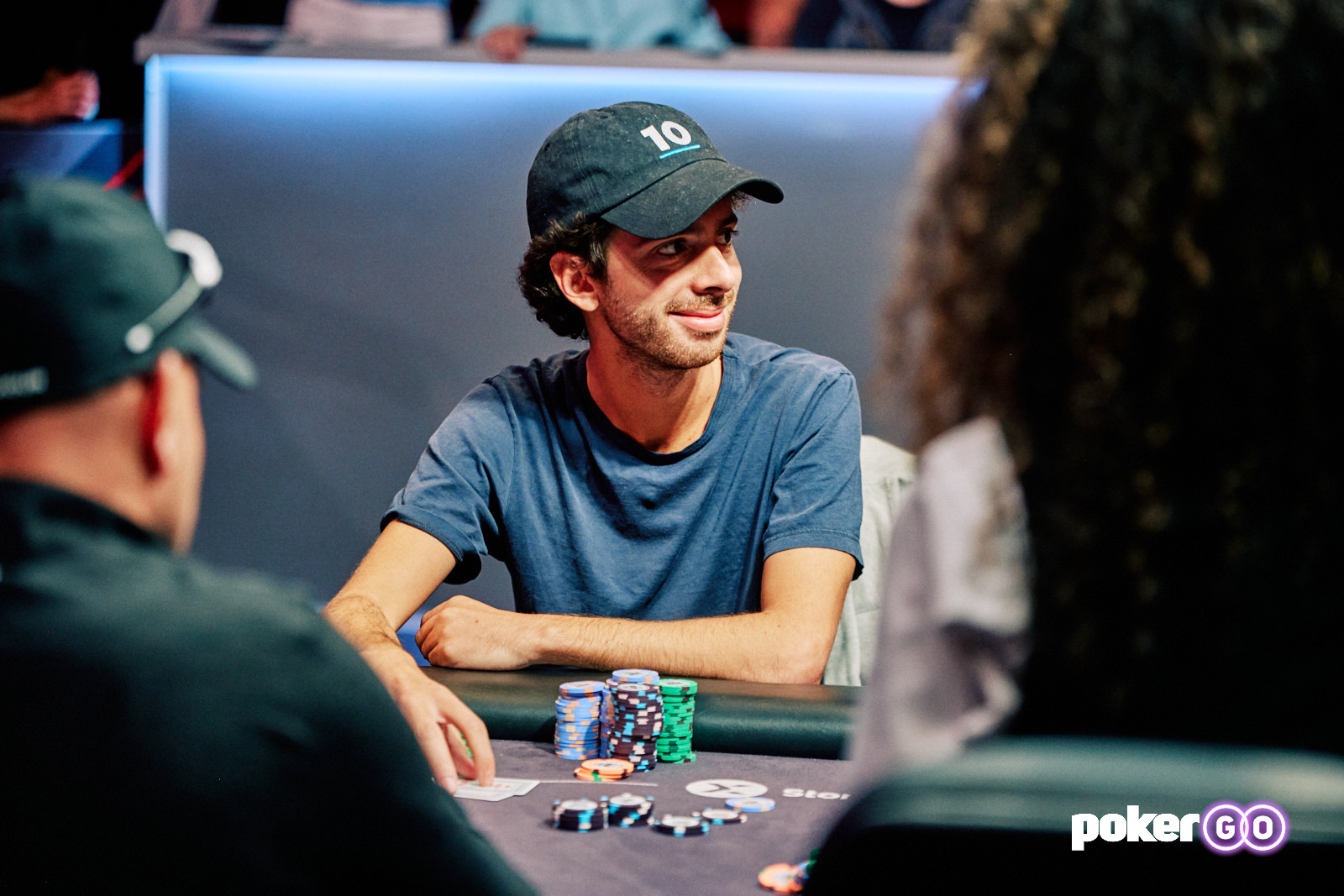 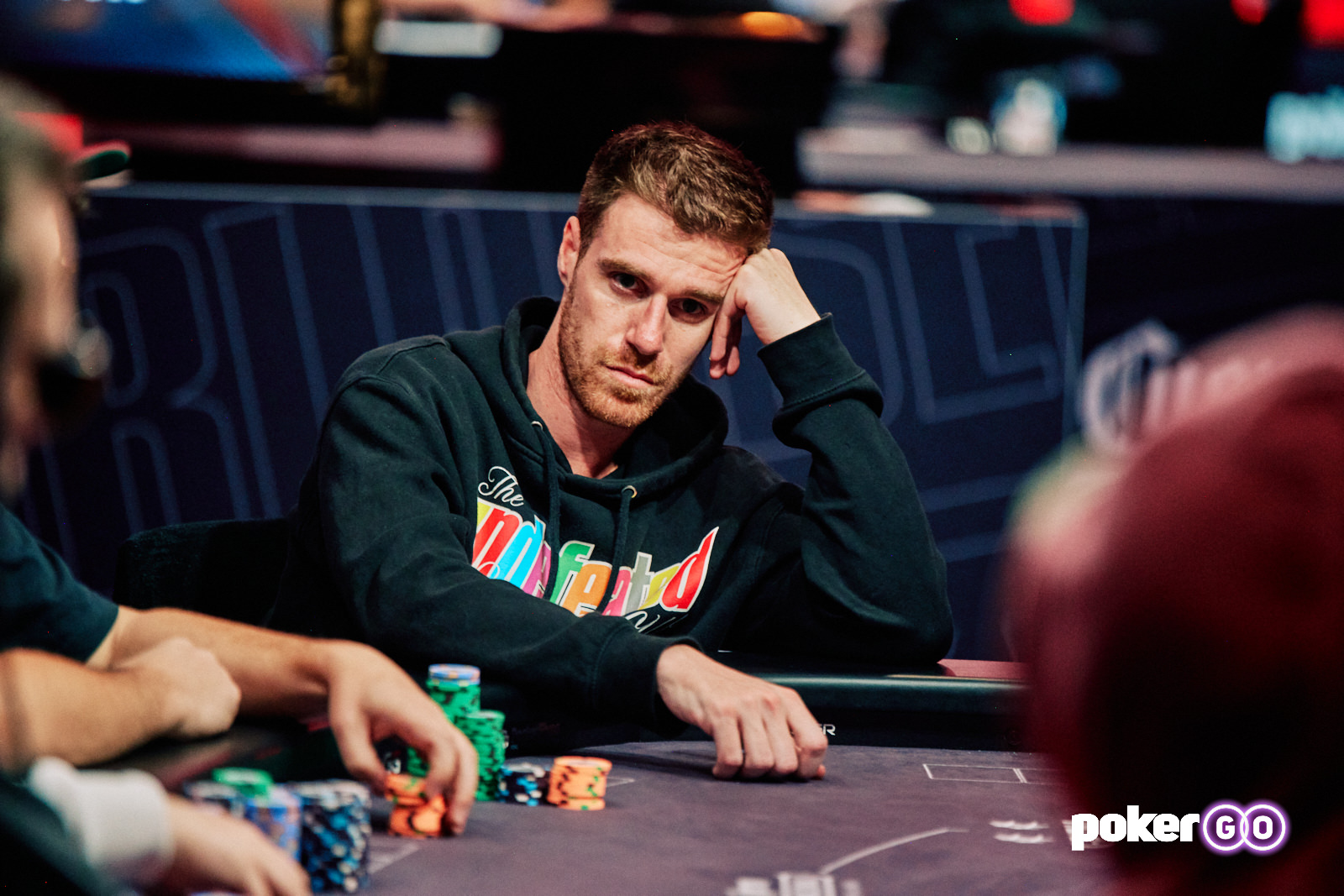 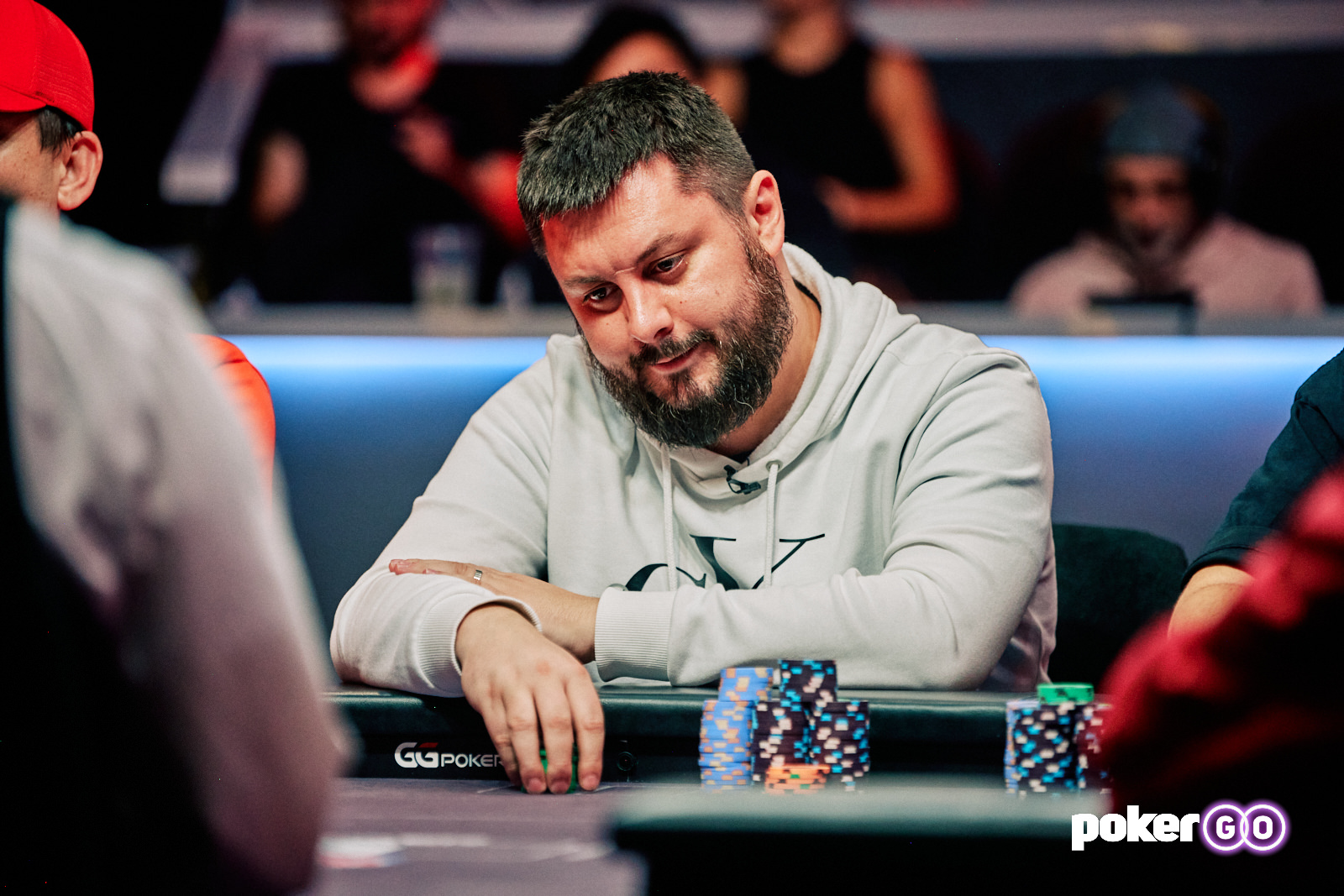 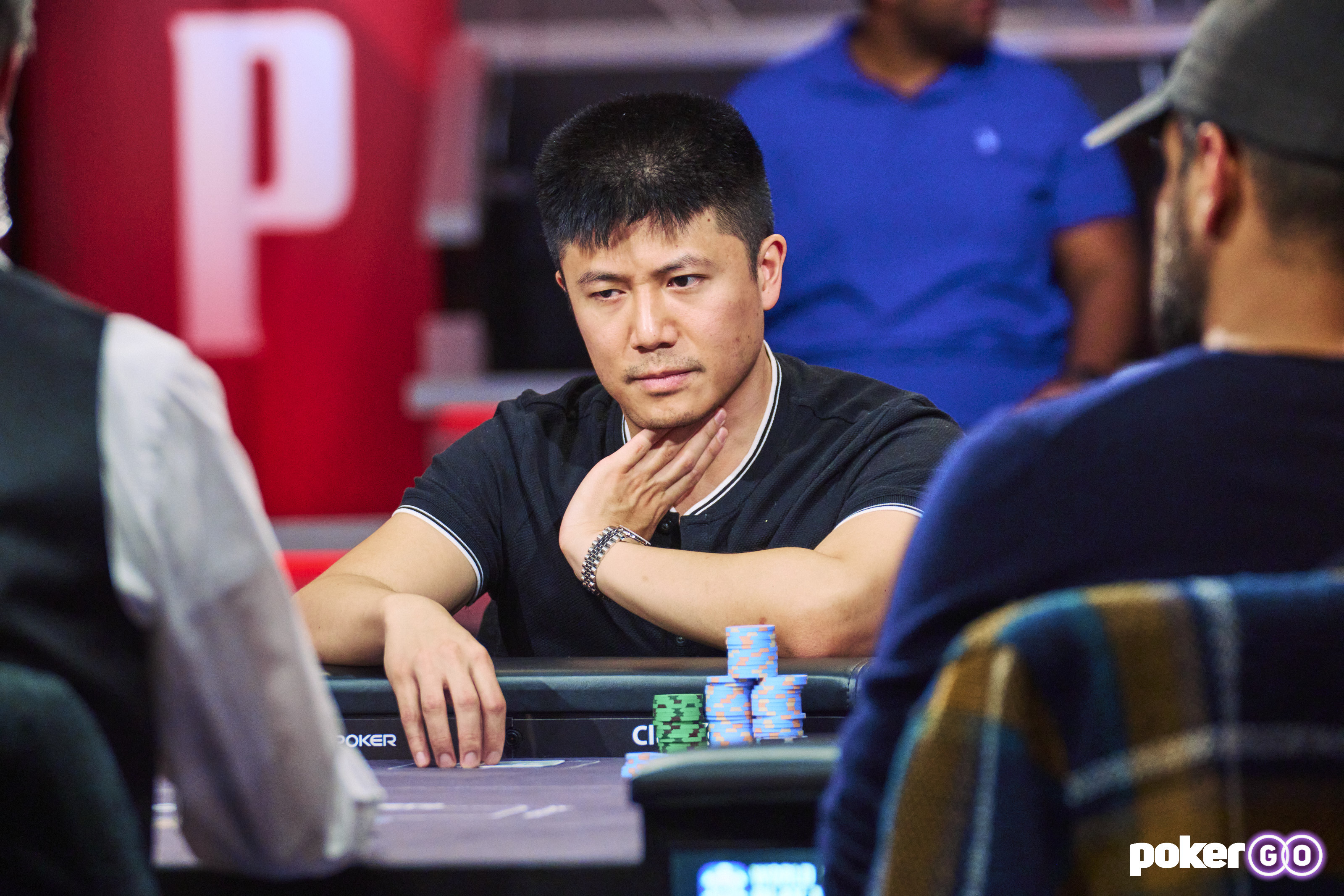 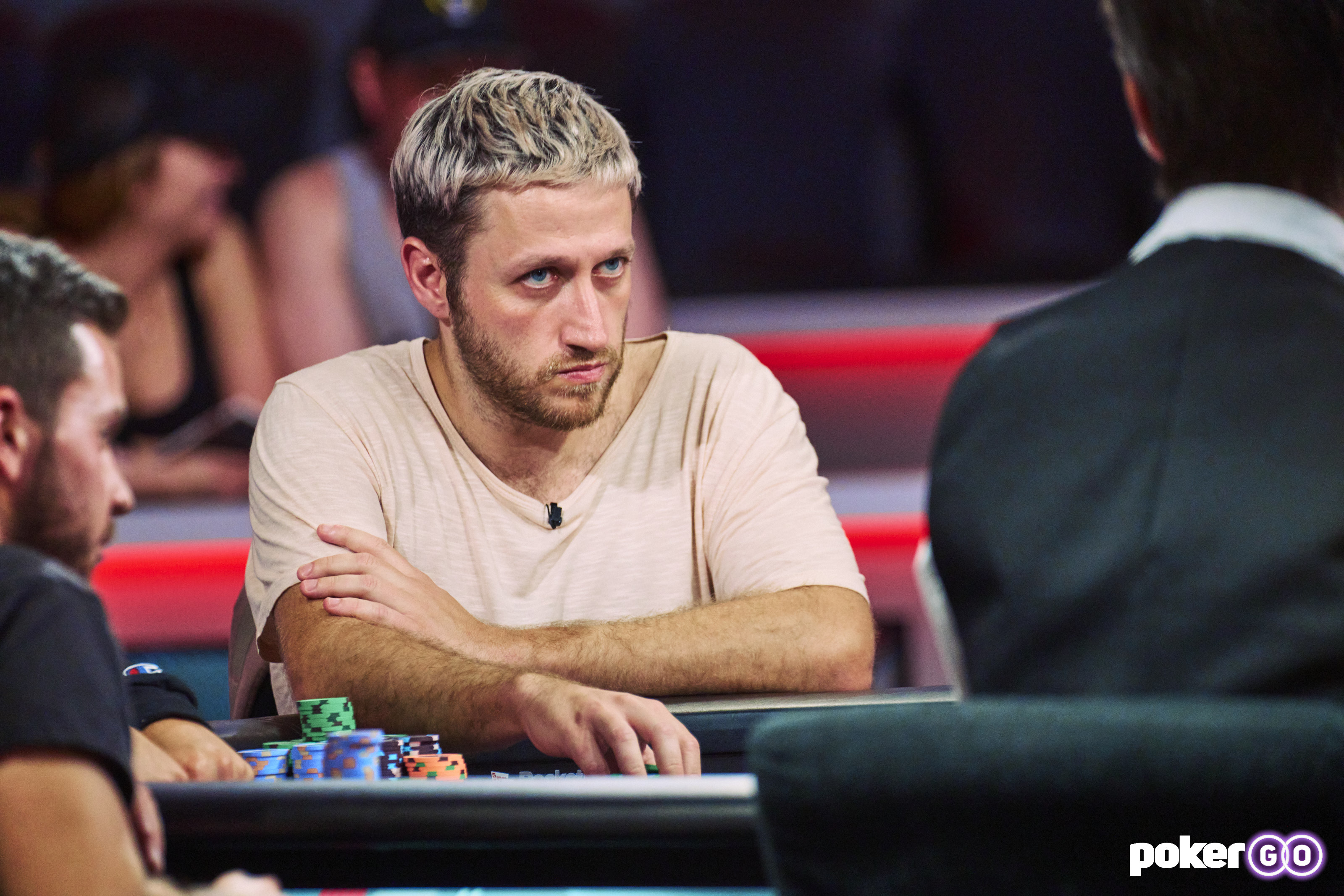 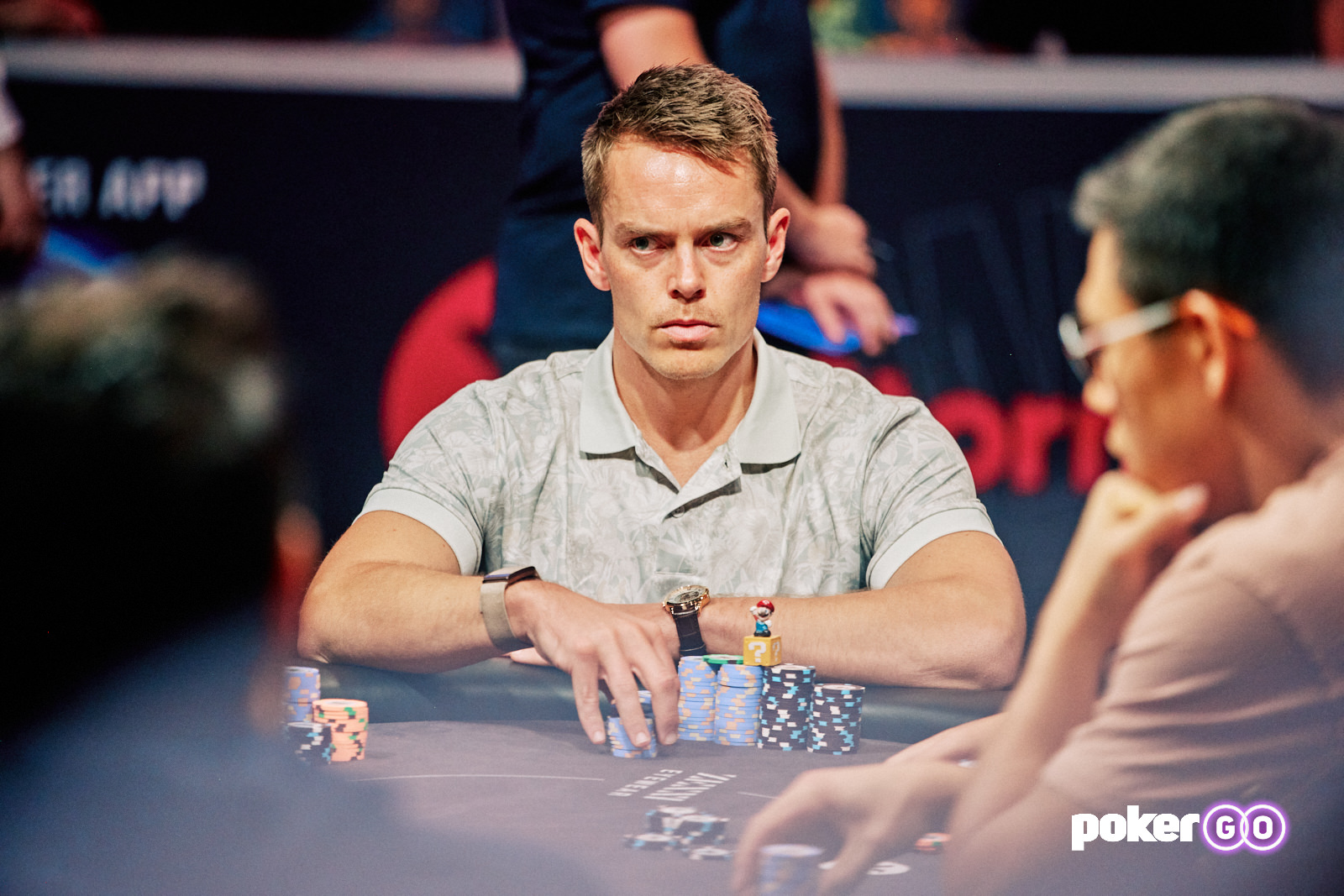 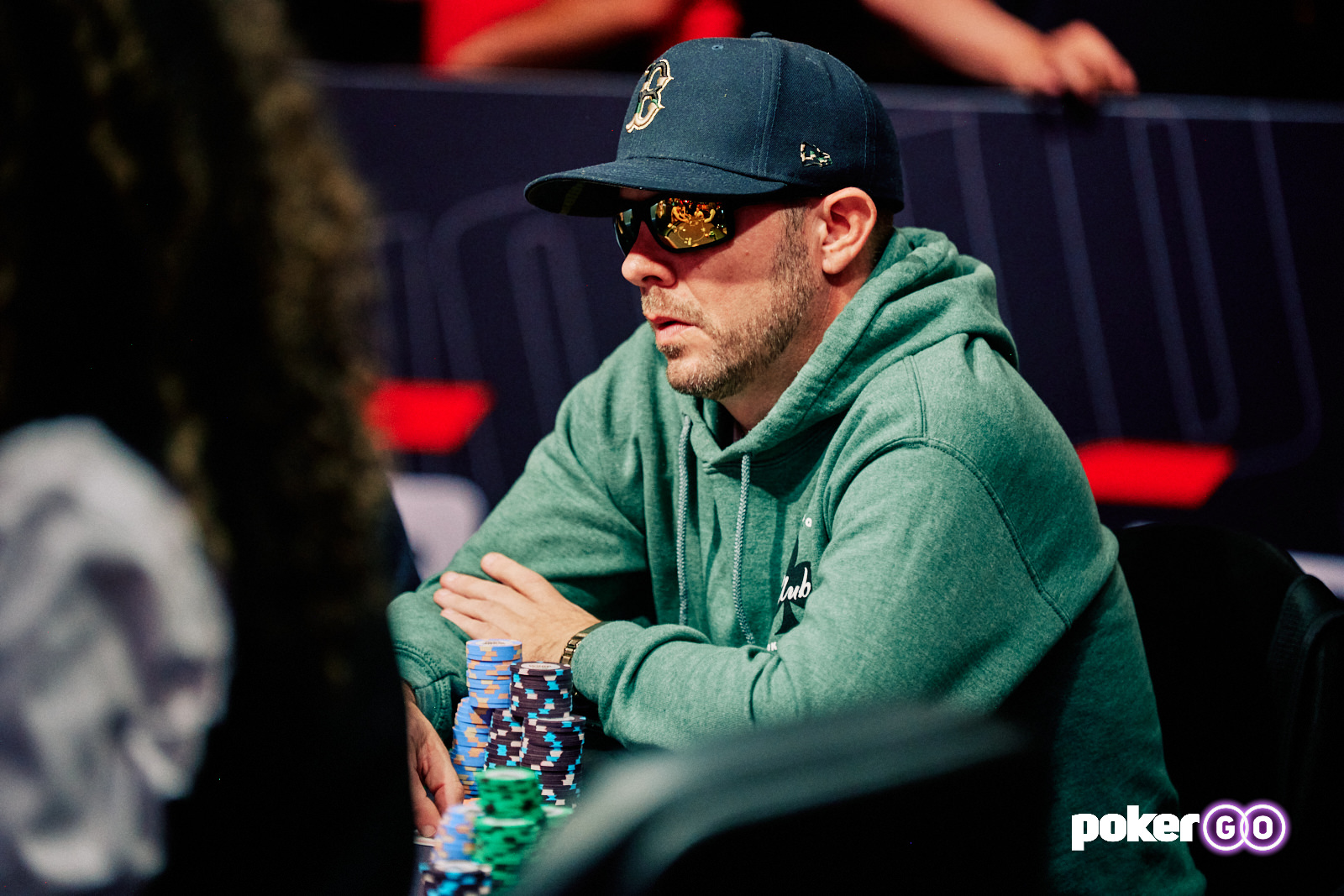 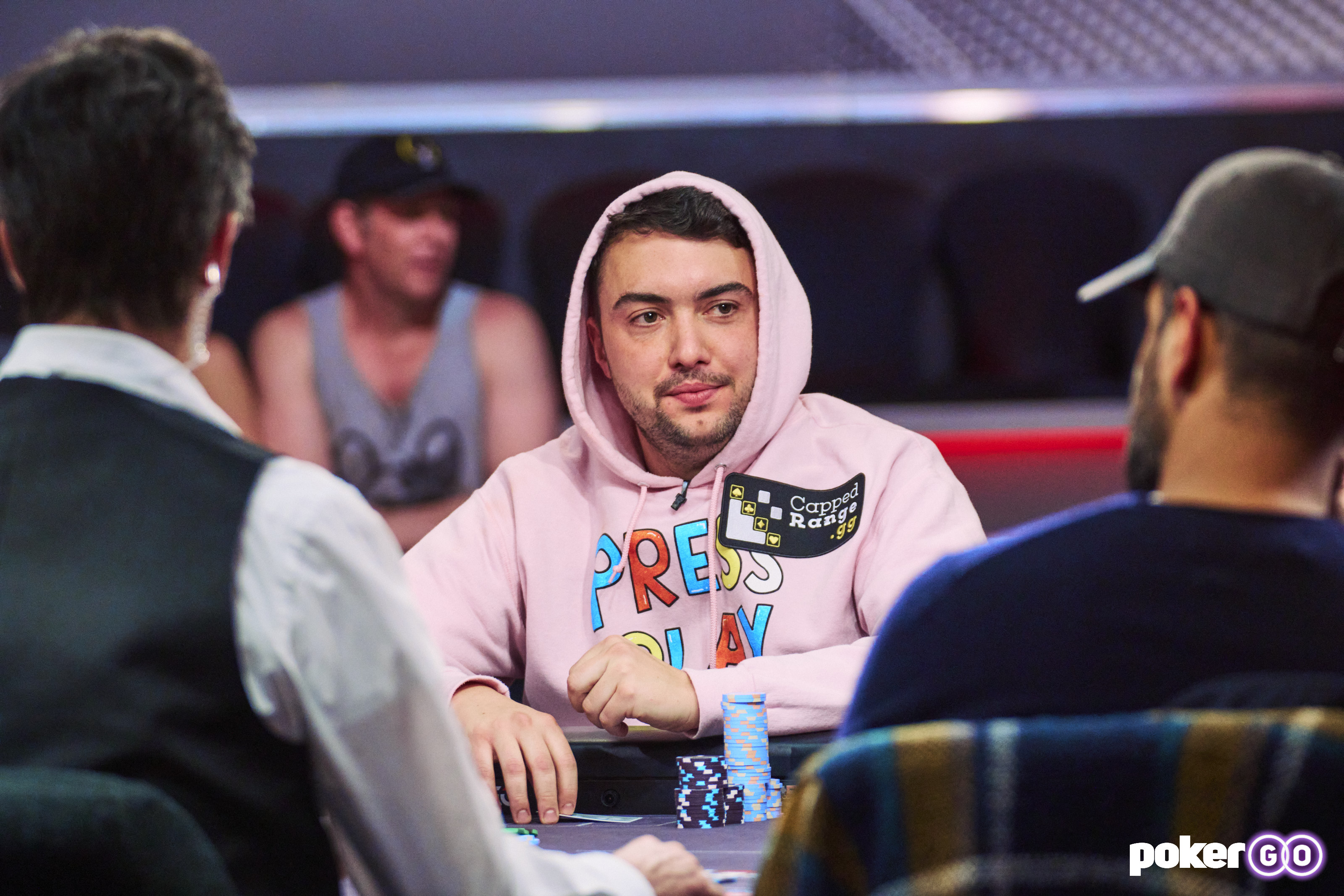 Still to come at the WSOP 2022 Main Event

You may be wondering why the final table has ten players instead of the usual nine. A decision was made after a gruelling 16-hour day to halt play and head into day 8 of the tournament with ten players. The decision was declared shortly after 6 am with the sun already high in the Vegas sky. Players will now take a well-deserved break to gather their wits and go into the final table on Friday, July 15, mindful and prepared.

What are the 2022 WSOP Main Event Payouts

Who do you think is going to be immortalised in poker history? Join the discussion on our PokerDeals Discord, and don't forget to follow us on FaceBook for more poker content!

Win a Slick Set of Copag Cards in our August Giveaway

August is here! And we have another exciting giveaway in store for anyone who enjoys a good game of cards. Copag , official card provider to the WSOP, has been making exceptional playing cards for over 100 years. They are the Rolls Royce of playing cards, made from 100% plastic and perfected over time. The various designs ensure that your cards will be unlike anyone else, and you'll be proud to host your friends at your home game. Join our August Giveaway and win your own set of Copag cards for a superior playing experience. How to Enter It's pretty simple. Facebook: Answer the multiple choice question Follow Copag Follow PokerDeals Cross your fingers Instagram: Answer the easy question Follow Copag Follow PokerDeals Run good Seems easy enough, right? Don't forget to tag any friends who you think would love a new set of cards. You will find a ton of like-minded people when you explore these social media sites, so don't forget to stop and have a chat. Get the most out of Copag Cards If you love the look of Copag and their gorgeous card sets, you don't have to wait to win the competition to get your hands on them. Jump onto their site and you can get 10% of any products just by using the code POKERDEALS. You could be playing in style a lot sooner than you thought... About Copag Cards Copag started as an importer of playing cards all the way back in 1918. Back then it was called Companhia Paulista de Papéis e Artes Gráficas ("C.O.P.A.G.”), if you were wondering why the odd name. Today, their decks can be found on five continents and in the biggest casinos in the world. They are also often found in prestigious card championships, whether it be bridge or poker. These cards will be a welcome addition to any household, and you will always be proud to pull out your set in front of friends.

What a tournament, and what a winner! Espen J ø rstad has claimed the most coveted title in poker, the WSOP Main Event, walking away with $10,000,000 and the gold bracelet to rule them all. Jørstad ploughed through a huge field of 8,663 players for the ultimate championship title after a gruelling 9 days of play. He is the first Norwegian ever to win the Main Event title. How the final day of play went down Three players went into the final day with Jørstad an overwhelming chip leader with 57% of the chips in play (298,000,000). Adrian Attenborough from Australia was in distant second on 149,800,000, and the Argentinian Michael Duek was short stacked with 72,100,000. On the tenth hand of the day, Attenborough went up against Duek in what would be the latter's final hand of the tournament. With blinds on 1.5M/3M, Attenborough found A♣J♣ on the dealer button and raised to 6m. Duek on the small blind looked down at K♥8 ♦ and re-popped to 23M. Jørstad folded his K8o from the big blind and Attenborough called. Both players checked the Q ♦ 5♥10♣ flop, only to see the party card K♠ on the turn. Duek bet 17M and Attenborough smooth called. The uneventful 3♠ river saw Duek all but shove his stack, leaving himself with a 5M chip behind to which Attenborough announced all in. Duek tossed in his final chip to be beaten by broadway and left the tournament in third with $4,000,000. The intense heads-up duel began with a hand that lasted almost 30 minutes, Attenborough tanking for his tournament life with bottom pair. He eventually found the fold, but lost over half his stack in the process. The final hand of the tournament saw a similar tank from Attenborough, but this time, he couldn't find a fold. Blinds on 2M/4M, both players on similar stacks, with Jørstad about 50M ahead. With no action preflop, both players went into the flop with mediocre hands: Attenborough with J♣4♠ and Jørstad with Q ♦ 2♠. The flop promised action, showing 2♥4♥2♣. Attenborough checked , and Jørstad put in a baby bet of 4M. Attenborough raised to 14M and Jørstad 3-bet to 32M. After a pretty quick call from Attenborough, the turn showed a nothing-card 8♠ to which Attenborough checked . Jørstad put in a bet of 62M and Attenborough called. The river filled Jørstad up with a Q♣ to which Attenborough again opened with a check . Jørstad took his time, eventually announcing all in . After a mammoth tank, Attenborough made the call, thinking he was being bluffed by Jørstad. He left the tournament second taking home $6,000,000. A formidable opponent, Jørstad happily accepted his bracelet and his monster first prize of $10,000,000. Who is Espen Jørstad? Having played most of the tournament barefoot and finding his 'chill' every time he was faced with an important decision, Espen Jørstad was the picture of level-headed throughout the WSOP Main Event. Primarily a cash player, Jørstad dabbles in tournaments every now and again, and he is quite well known online as Hymn2ninkasi on PokerStars , and COVFEFE-19 on GGPoker. He won his seat to the Main Event online at GGPoker in a $1,050 satellite and will continue onto the WSOP Europe Main Event after securing a seat simply by making the final table. He has mentioned that with his winnings, he's excited to start playing in more tournaments as his bankroll is now considerably bigger. He's looking forward to getting into the High Roller scene and playing more $25,000 tournaments. He has also mentioned, however, that he needs to get back to studying the poker basics to be sure that he's good enough. Humble much? The first thing he did when he won was phone his biggest fan: his mother. She was crying and had trouble speaking. She's my biggest fan, so it was kind of emotional. Currently living in London, Jørstad is a former Unibet Poker Ambassador and popular Twitch streamer . 2022 WSOP Main Event Final Table Results Place Player Country Prize 1st Espen Jørstad Norway $10,000,000 2nd Adrian Attenborough Australia $6,000,000 3rd Michael Duek Argentina $4,000,000 4th John Eames United Kingdom $3,000,000 5th Matija Dobric Croatia $2,250,000 6th Jeffrey Farnes United States $1,750,000 7th Aaron Duczak Canada $1,350,000 8th Philippe Souki United Kingdom $1,085,000 9th Matthew Su United States $850,675 10th Asher Conniff United States $675,000 Congratulations to Espen Jørstad on a very well-deserved win. Keep your eyes peeled for what we can only assume is the first of many wins to come. For more poker content and fun, be sure to check out our PokerDeals Discord , and join our FaceBook group . Images courtesy of PokerGO .