Happy 2023 poker fans! We’re back after a six-month hiatus with another PokerDeals podcast, and this time we’re interviewing Angelica Hael. An inductee into the 2022 Women in Poker Hall of Fame, and the WPT Vice President of Global Tour Management, Angelica’s certainly had a busy year! We caught up with her at the end of 2022 to talk about her poker journey and what the WPT has been up to this year.

Starting off her poker life as a croupier in her local casino, Angelica naturally gravitated towards poker thanks to the energy and excitement she felt from the players at the table. This developed into a true love for the game of poker, and while she’s the first to admit she’s not much of a player (not through lack of enthusiasm), she’s worked her way up to a powerful position in one of the world’s most prestigious poker brands.

Angelica will be entering her 13th year at WPT in just a couple of months as VP of a department that didn’t even exist until she arrived! While she’s quick to say she’s worked with a lot of great people during her time, it’s no secret that Angelica has done a lot to further the company’s brand during her time, and this latest tour could be her greatest work yet.

In a tournament series that some have called the winter WSOP, the WPT World Championship at the Wynn Las Vegas was a mammoth poker event put on by Angelica and the WSOP for the first time this year. It was said that every single employee at the WPT had a hand in creating this event, whether it was liaising with sponsors, creating the schedule or marketing the festival; it was a real team effort.

There’s a lot that goes into creating a championship of this magnitude. Angelica says she considers everything, from the continent where the event is taking place down to the casino they partner with. As a global brand with many prestigious events, it’s important not to overload players with too many choices at the same time, and Angelica makes sure that every event gets its time to shine throughout the year.

Obviously the Covid-19 pandemic hit everyone hard, but for a live poker tour that relies on hundreds, if not thousands, of people being in the same room together, there isn’t much worse! As the pandemic hit at the start of 2020, the WPT were in the middle of their WPT Philippines event and had to cancel the event due to the seriousness of the virus spread, issuing refunds to every player who participated in the event.

Once the restrictions had been lifted and the WPT could start to invite players back to their tournaments, Angelica was thrilled with the turnout she saw. After seeing smaller events have successful returns, she was quietly optimistic, but by all accounts, the numbers far exceeded anyone’s expectations.

In fact, the WPT has had their best year in over 20 years, thanks in no small part to the number of players chomping at the bit to get back to the live tables after the pandemic. Angelica mentioned that they smashed the projections for the World Championship series events and, at some points, had completely sold out the rooms at the Encore and the Wynn! 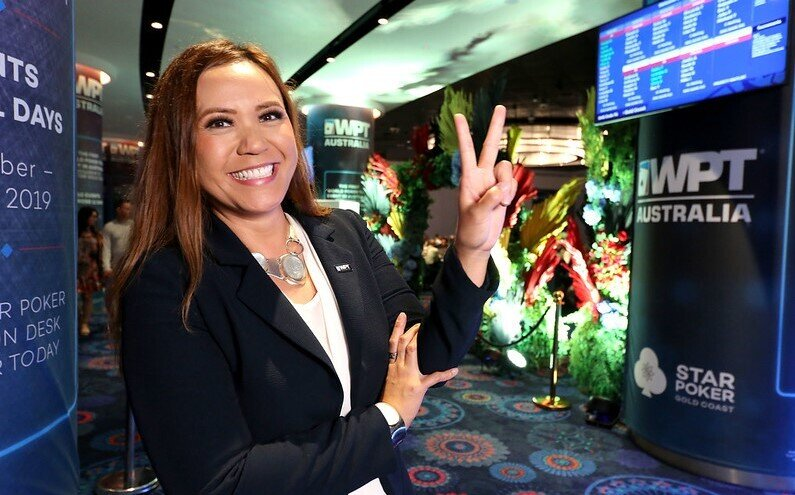 One of the first things Angelica mentioned when talking about the attractions at this year’s WPT World Championship was what she called the “Thank You Players” party, hosted at Area 15 in Las Vegas. After having a record year, bouncing back from the global pandemic, it’s easy to see why she would want to thank the players. Still, you can tell that Angelica has a real appreciation for everyone who interacts with the WPT brand, from the players at the events to the people who watch the stream back home and everyone in between.

The headline from the WPT World Championship was the $15 million guaranteed Main Event, something which Angelica was equal parts excited and nervous about. When asked whether she ever gets nervous about not making the guarantee, Angelica said, “You’d be a dumbass if you weren’t sweating! Any time you have a guarantee, the casino partner, WPT, you sweat it.”

While we can only imagine what kind of nerves you have to have to put on a $15 million guarantee, that doesn’t seem to be enough for some people; as Angelica said that there’s a lot of side action on whether the guarantee will be met! That being said, she wanted to reiterate that the tournament and the guarantee are taken very seriously, as everyone wants the tournament to be as successful as possible. Whatever they were doing, they were doing a good job, as the tournament reached a massive $29 million prize pool!

Power To The People

One of the most important aspects of this festival to Angelica is accessibility. With the world as it is right now, not everyone has $10,000 to play the Main Event, so she has focused on creating a festival where everyone can come and have fun, no matter their bankroll. There are hundreds of satellites taking place for the events during the series, as well as a range of buy-ins and tournament structures that make everyone feel included.

As tempting as it is to cater to the high rollers, it’s nice to see that ordinary people are being considered so heavily by such a global brand.

Being A Woman In Poker

When asked about what it’s like being a woman in such a male-dominated space, Angelica said she often didn’t notice! She told a story of being in a boardroom early in her career where she was the only woman in the room, and it was only after someone brought it up after the meeting was finished that she even noticed. As she puts it, “I don't really pay attention to those things,” and, “We bleed red, and we care about, for the most part, the same things as everyone else.”

The main thing she attributes this to is her early days as a croupier in her local casino. There, she said, “I dealt to a whole gamut of human beings,” and it was interacting with this large spectrum of people that made her realise that we’re really all the same underneath, no matter what you look like.

What Got Her Here

When asked about the qualities that brought her to where she is today, Angelica initially joked about her serious OCD issues! While being obsessive would certainly help someone who has to manage as many things as Angelica does, the main quality she attributes to her success is her drive. Although she says she wasn’t naturally gifted, her determination took her to places she otherwise would never have reached. To use Angelica’s words, she’s “built different.”

Part of that drive and determination is attributed to her mother. Growing up in a single-parent household, her mother had to work multiple jobs to keep the family afloat. Angelica believes that the drive she saw in her mother imprinted onto her growing up, and has allowed her to be the woman she is today. 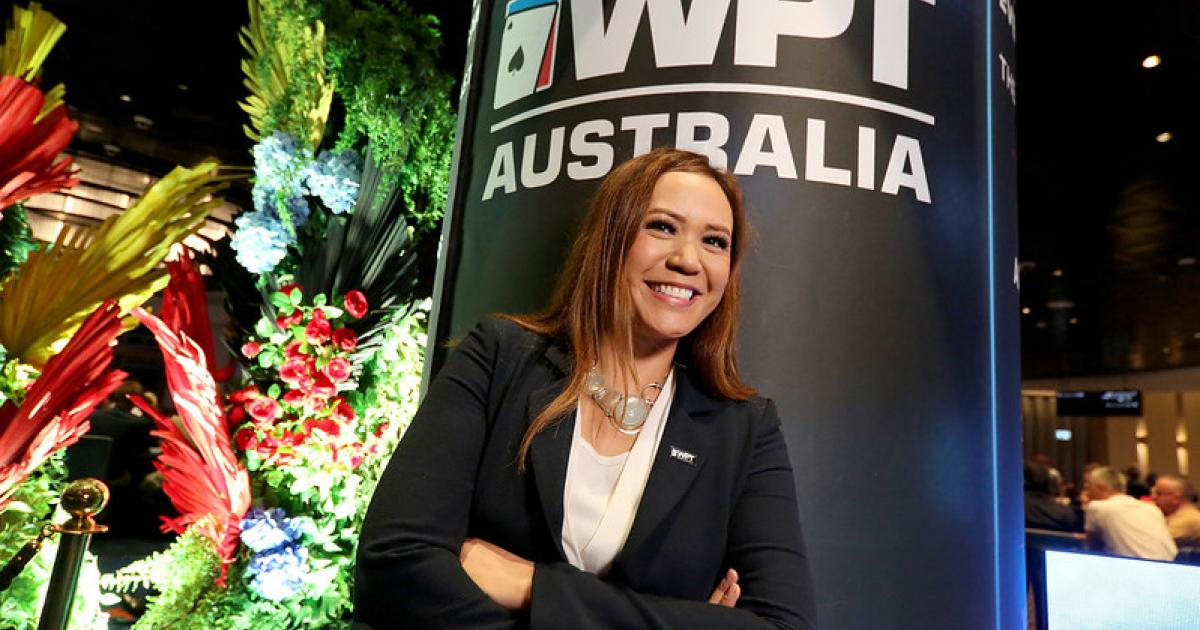 Advice For Making It In Poker

When asked what advice she would give to anyone looking to follow in her footsteps, Angelica spoke about having the confidence to jump into whatever you’re doing with two feet. As she says, “When you first start your career, you don’t know what you don’t know, so you figure it out.” As well as learning on the go, you need to be prepared to put in the effort if you want to succeed. I think nothing sums up Angelica’s attitude better than when she said, “If you’re not going to give it your 110 freaking percent, go find something else to bloody do!”

The Resurgence In Poker

It’s no secret that the poker market is an ever-changing environment. So many factors influence the success of the poker world at any one time, and despite many harbingers of doom, the poker world is still alive and kicking. That’s why it’s so positive to hear, when asked about the biggest difference she’s noticed during her time in poker, Angelica highlights the resurgence that’s happened since we’ve come back from the global pandemic.

She speaks of seeing people attend events that haven’t been to one in years, or flying across continents to attend one of their events. Despite the attempts within the company to take the general positivity they’re seeing in the poker world with a pinch of salt, Angelica has said that the numbers are there to show a real resurgence in the poker world. And as far as we’re concerned, long may it continue!